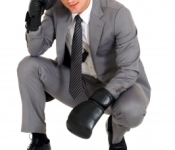 This is shaping up to be quite possibly the most negative campaign the Democrats have ever waged on Republicans in Lincoln. What do you think? I’m hearing about negative mailings going out left and right.

The Dems are now attacking incumbent Councilman Jon Camp, who is up for re-election on Tuesday. They sent out a ridiculous looking mailing (Camp mailing, address side) (Back side)Thursday with Camp apparently in some kind of Russian garb, dancing some kind of jig.

They nailed him for missing a budget meeting to take a Russian vacation and allegedly missing 16 City Council meetings (in what time frame? his entire 12-year tenure? One year? That would be good to know). I think it’s legitimate to talk about an incumbent’s attendance record, but the Russian jig thing is sophomoric. The mailer — once again, paid for by the Nebraska Democratic Party — claims Camp has the worst attendance record on the council and directs people to check out this website: here. It’s hard to know how much of this stuff is even accurate anymore, given the half-truths and exaggerations they put out in their mailing about Travis Nelson.

Camp expects more mailings targeting him in the next few days before the election on Tuesday. His opponent, Bobbi Kosmicki, had an unexpectedly strong showing in the primary election, trailing Camp by just 1,100 votes, or 15 percentage points — not bad for a virtual unknown in Lincoln politics — and the Democrats apparently smell blood. Although news of her bankruptcy last year might hurt.

An attack (img-428173755-0001) also went out hitting Republican Chad Wright, who’s running in District 4, northwest Lincoln. This mailing calls him “No Show Chad Wright” and claims he “just” moved to Lincoln four years ago, allowed radical, out-of-state special interests to bankroll his campaign to the tune of $50,000 and “didn’t have a business” in Lincoln until last year.

I can’t find any evidence of a $50,000 contribution to Wright’s campaign anywhere in state records, and a Republican official tells me Wright has had his business since 2007, although it wasn’t incorporated until last year.

Who’s paying for this smear campaign? Well, let’s see. The Lincoln firefighters’ union PAC gives the Democratic Party a whopping $30,000 in March. Another huge contributor has been Mayor Chris Beutler, who has donated at least $14,000 to the state party to make sure his fellow Democrats get elected — despite all his talk about reducing partisan rancor and his disdain for even mentioning which party council members belong to. I guess if you have nothing but Democrats on the council, that would reduce partisan bickering…

Kosmicki donated $1,500 to the Democratic party April 1, and then the Dems spent $1,500 to send out a mailing in support of her.

This all feels a little like money laundering, doesn’t it? Donate money to the party and then wash your hands of the dirty little mailings the party sends out. The mayor, Kosmicki and anyone else who donates to the state Democratic Party should own it: They’re paying for this dirty campaign, no matter how clean they think their hands are.