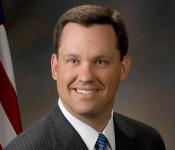 Attorney General Jon Bruning took time out of his day today to donate 15 sleeping bags to Bold Nebraska — stepping up to Bold founder Jane Kleeb’s challenge that he do so in light of his “inartful” recent comment comparing welfare recipients to raccoons scavenging for beetles.

After Bruning stepped into a political minefield with his off-the-cuff remark, Kleeb also asked Bruning to step down from his day job as AG — no word on whether he’s going to take her up on that offer.

Then Fellers and Bruning dropped the bags off at Bold Nebraska’s Lincoln office at 11th and H streets.

“This was completely his idea,” Fellers said. “It’s not like a big political plan. … He’s a big supporter of kids’ charities.”

I was made aware of the donation by Kleeb, not Bruning.

Kleeb said she suggested Bruning donate sleeping bags because many children whose parents are on welfare often sleep on the floor of friends and family — “and a sleeping bag of their own is a welcome and needed item.”

Kleeb — a bold Democrat if there ever was one — took the opportunity to actually compliment Bruning, saying, “From my end, I am proud that Attorney General Bruning acknowledged our concerns about his comment and that he is backing up his apology with action. Nebraskans want our elected officials to be accountable, and I hope Bruning continues to be on the campaign trail over the next year.”

Who says nothing good ever comes from political bickering? 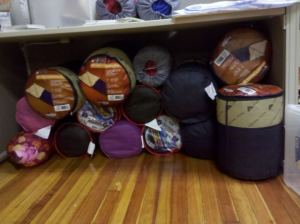