Ground broken on arena, but no lease with UNL? 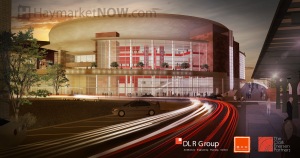 I think the Journal Star buried the lead on this story about the arena groundbreaking — which was skipped by UNL athletic officials.

After all the pomp and circumstance that groundbreakings are built for, the story contained some rather interesting actual news: That the city still has not finalized its lease agreement with the University of Nebraska-Lincoln.

And the fact that Nebraska Athletic Director Tom Osborne skipped the groundbreaking — “I had something come up,” he told the reporter — makes me wonder what’s going on behind the scenes. I thought they had this lease deal hammered out a long time ago.

Remember when the Board of Regents approved an agreement to create the Joint Public Agency and forge ahead with the project?

That’s a good detail to include in the story — and a strong indication something may be afoot. Here’s hoping more reporting will be done by the LJS on this.

P.S.
You’d think with the city paying a Lincoln company $24,000 to build and maintain a pro-arena, cheerleading website and Facebook page, that they would be really good at keeping the site updated. But if you check out the home page, they still have “June milestones” and a now-outdated story that the groundbreaking is “today.” For $24,000 — plus who knows how much in monthly maintenance fees — don’t taxpayers deserve better?